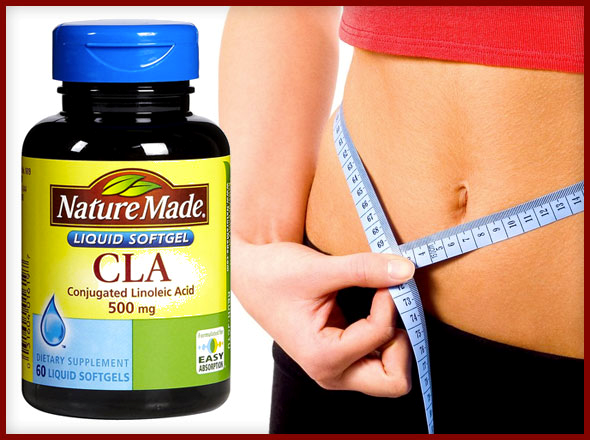 Alright, so we’ve talked about Green Tea Extract and Coffee Bean Extract as two of the millions of weight loss supplements that promise to make you thin, now let’s talk CLA, or Conjugated Linoleic Acid. You probably haven’t heard as much about CLA as you have about green tea extract or coffee bean extract, because it’s fairly new in the health world, but it’s popularity is spreading really, really quickly. There are over 80 different forms of CLA for sale at bodybuilding.com alone, but can it actually help you lose weight?

How does it work?

Taking CLA by mouth daily can possibly help to decrease body fat in adults, but is does not seem to decrease body weight or body mass index (BMI) in most people. It has been known to decrease appetite, but no research has clearly tied this to a reduction in caloric intake. A study performed at the University of Georgia found that people who took large amounts of CLA (about 6.8 grams a day, which is more than double the recommended amount of 3 grams) and exercised daily lost around 1.3% of their total body fat percentage in 12 weeks. This is a very minimal loss compared to what diligent exercise and eating properly can do.

There are some studies that show possible strength gains when taking CLA supplements, as long as these supplements are also taken with creatine and whey protein. Taking CLA alone has not shown any increases in strength.

There are also several negative affects that have been associated with taking large amounts of CLA. Some research has found that taking certain forms of CLA (especially the trans-10, cis-12 isomer) might increase risk factors for type 2 diabetes and heart disease. It has also been linked to bleeding disorders. It might slow blood clotting, which increases the risk of bruising and bleeding in people with bleeding disorders. If you’re taking CLA, it is strongly recommended that you stop taking it at least two weeks before any surgery because of its blood thinning effects.

What do I do about it?

I don’t recommend adding this supplement to your diet. At least, not until a lot more research has been done on its helpfulness versus its potentially harmful side effects.  Keep in mind, most people who have been claiming that it works in helping them lost body fat are also eating right and exercising and most have said they didn’t seen results from the CLA until 30-45 days after beginning to take it. Right now, this supplement doesn’t seem worth it.

Sign up for my newsletter to get tips on Sports Nutrition, Training & Performance!

Schedule A Free Consultation With Kristen To Learn More